Repointing to Maintain Stone and Brick

One of the beauties of stonework and brickwork, is that it tells us a story, not only about the stone but also about the masons and the styles of the time. Some of the stone we see on older homes came from quarries that are not longer in operation, or from layers of existing quarries, that no longer produce the type of stone they once did. When Seven Winds does a repointing job we are in a prime position to look at the story of both the stones and the styles of the time. This makes every repoint job unique! 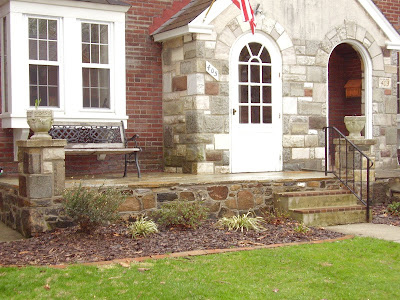 Repointing old stone and brickwork is essential to keep it in good condition. Once cracks develop, which allow entry of water, the structure very quickly deteriorates, often require complete replacement, which can often be expensive. To avoid costly replacements, call someone to repoint your stonework before it gets beyond the point of no return.
Repointing is one of those seemingly simple tasks and involves removing the mortar joints between stones or bricks and replacing those joints with fresh mortar. The choice of mortar type is very important as the mortar should not be stronger than the brick, or stone, and very often older structures have softer brick requiring a softer mortar.
The porch in the photos above and below was a combination of a repoint (vertical work and piers) and a replacement (patio). The patio was concrete that had been damaged due to salt. We removed the concrete, adjusted the sides, poured a new concrete pad and installed quartzite flagstone on the surface, to completely rehabilitate the structure. 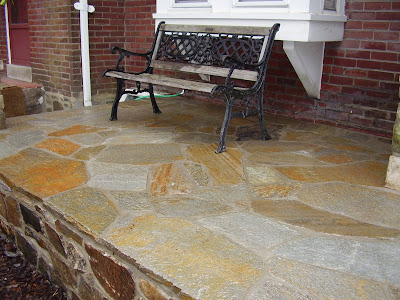 Below, is another case, where the mortar did need some spot repointing, but in this case the homeowner wanted to improve the appearance of the home's foundation, and asked us to repoint the whole foundation, including some areas under the porch which were in greater need of repointing. At the time that this home was made the style of pointing the stones was very different from what we typically do today. In many cases mortar is almost more visible than the stone itself. 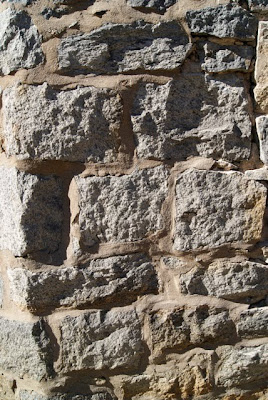 When we repoint, we remove this mortar, and reapply new mortar in a way that accentuates the beauty and character of the stone. The photo above shows the same wall as the photo below, and you can see the difference the repoint makes. 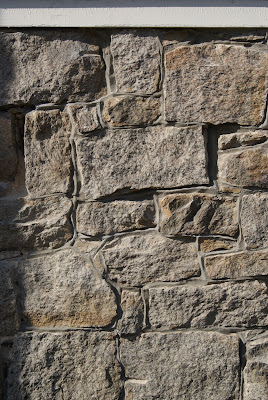 The areas below the porches were even more extreme examples of the mortar appear larger than the stones. (see photo below) 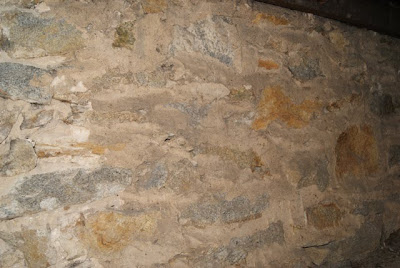 After the repoint, the style of stonework becomes apparent, and although it is clear that the original stonework style is sloppier under the porch, it still looks much better once the repoint is completed. 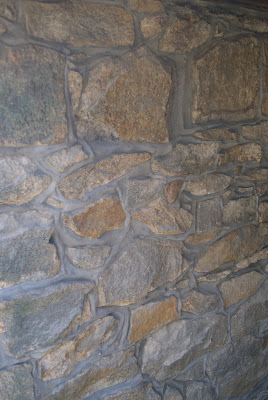 Posted by Seven Winds LLC at 6:51 AM No comments: 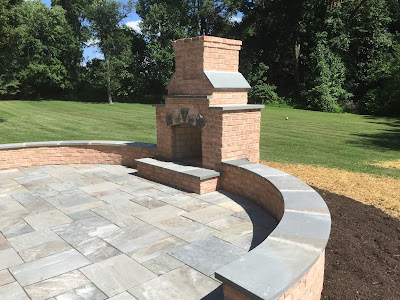 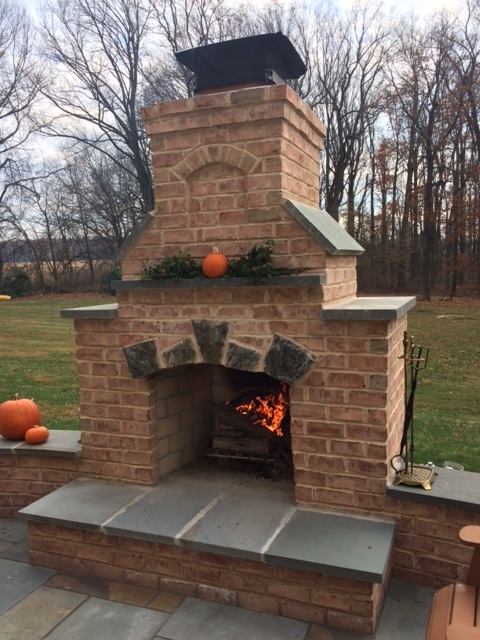 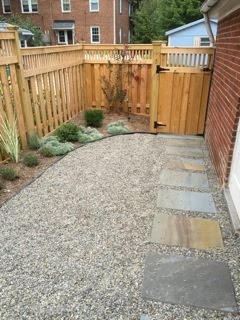 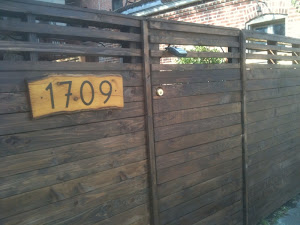 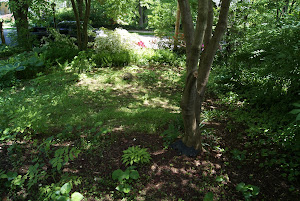 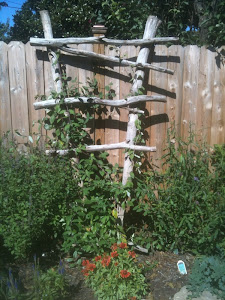